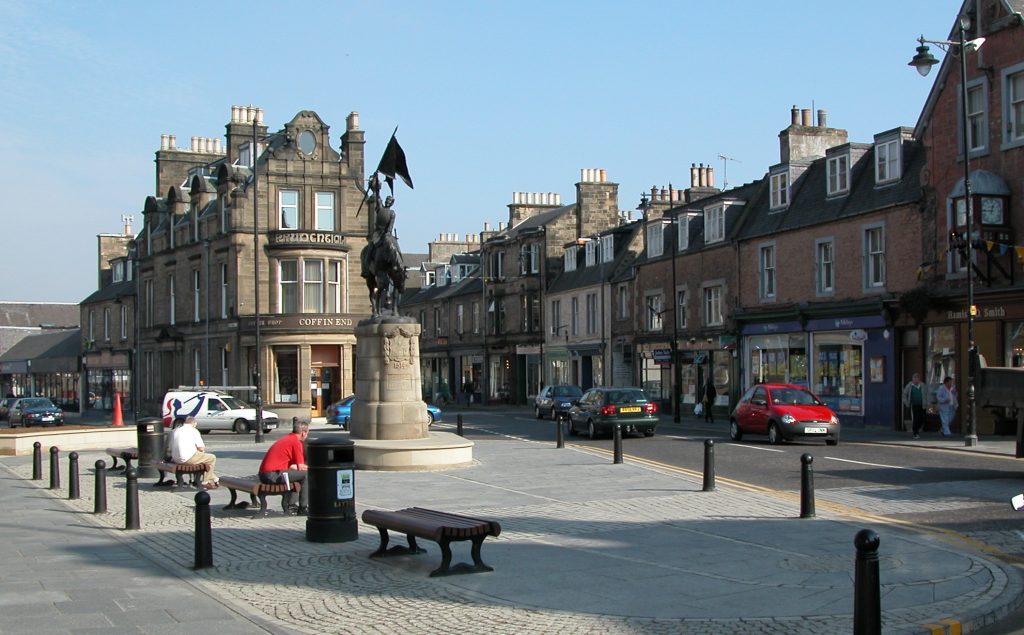 The equestrian memorial stands at the end of the High Street in Hawick.

This memorial commemorates the victory of local youths or “callants” from the town over a party of English raiders at Hornshole, just outside Hawick in 1514, most of the men of the town having been killed on Flodden Field the previous year.

The English flag was captured and carried back to Hawick, the capture of which is commemorated in this proud statue.

Unveiled in June 1914 to commemorate the 400th anniversary of the skirmish and was financed wholly by public subscription. The sculptor responsible for the ‘Horse’ statue as it became known was William Beattie.

In August, 1921, fully seven years after its unveiling, the sculptor Thomas Beattie returned to his native Hawick to complete the final details on his son ‘1514’ memorial, work which had been interrupted by the outbreak of the Great War. 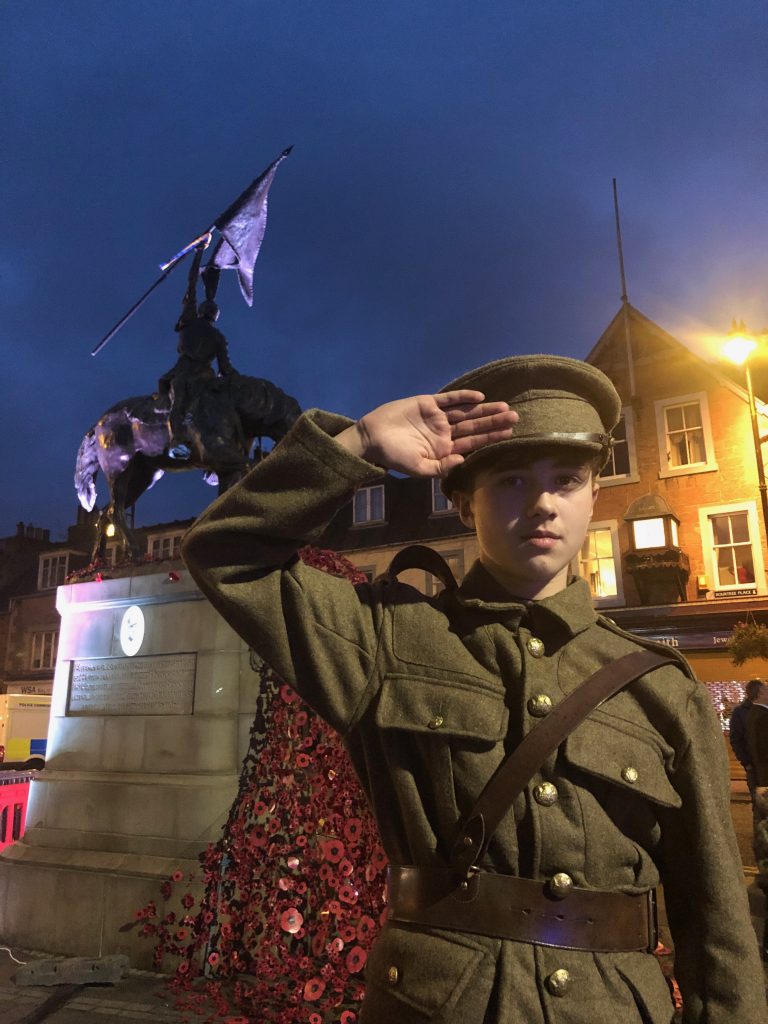 Although it had been commissioned to celebrate the achievements of young Hawick men from a much earlier conflict, with the cutting of inscriptions on either side of the memorial’s base, Thomas ensured that the record of our most recent loss would not be readily forgotten.

With the skill of a master craftsman and the love of a bereaved father he carved the words: “Sculptor Major William F.Beattie M.C. R.F.A., a native of Hawick, born 1886, killed in France 1918”.

A line of Latin was added: ‘merses profundo pulchrior evenit’, the literal translation of which reads: ‘You may overwhelm it in the deep; it arises more beautiful than ever’.